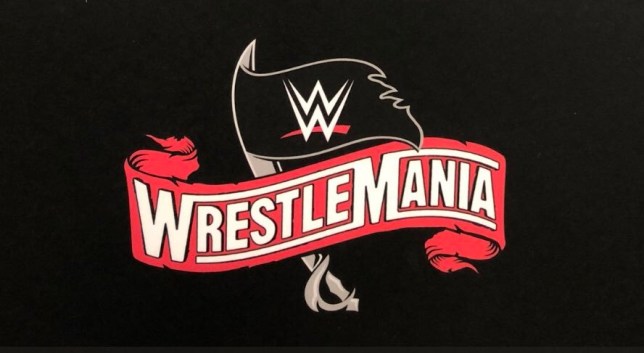 “Too big for just one night”…jesus…I can’t wait to hear that 4.6 million times for all of its forthcoming iterations. But yes, the controversial show, that’s go-ahead teetered and tottered until the final few days due to the coronavirus pandemic, happened. So I shall quickly ransack my way through the first night.

All matches were pre-taped, so Wrestlemania wasn’t live, and it was filmed in the WWE Performance Centre with no crowd.

*All matches rated out of 5-stars.

A short and sweet affair between two technically gifted athletes. But considering the pre-show was an hour, and this was the only match for night one’s precursor, I will bemoan the fact it was given under 5 minutes. Fun for what it was.

A match that I don’t think many people would’ve been heavily invested in, but was given plenty of time and all four women put in a great amount of effort for the official night one opener. It was a great contest and was a surprisingly entertaining affair to open proceedings. Also, I’m so sad that a pirate-themed Wrestlemania happened and Kairi Sane didn’t get to appear on a pirate ship…

Elias was so over when I went to Wrestlemania 34 it was untrue, it’s a shame to see how little he’s progressed, if not regressed. As for Corbin, he’s just boring isn’t he? The big angle coming into this match was the attempted murder of Elias barely two weeks prior via Corbin knocking him off of a huge platform to a concrete floor. Elias not only turned up for his match, his Superman-esque metabolism meant he displayed next-to-no injuries from the fall. It was a basic TV match with a roll-up finish. Yawn.

Becky has been champion for a year, and her momentum has long since faded. Baszler is a beast. A legitimate beast. She should’ve won here, but I digress. I was frustrated that this went under 10 minutes as the work was really solid. But a cheap, roll-up kind of win for Becky keeps the belt on her and hands Baszler her first main roster defeat. Hopefully the rematch gets longer and the right outcome.

WHAT a disappointment. El Generico vs Bryan Danielson, at Wrestlemania, for the IC Title. Just give them 20 minutes, hell, give them 15 minutes to captivate us with a professional wrestling masterclass. But nope. Our worst fears came true and shenanigans dominated most of the match. This is why we should never get our hopes up.

Three men, competing for tag titles. We’ll let the WWE off because they’ve had to deal with a myriad of exceptional circumstances for this show.

As for the match itself, what else can I say? Bravo gentlemen. Some of the spots in this match were outrageous and unbelievably dangerous. Even with the occasional edit and piercing sound of ladders due to no crowd, this was so much fun. An absolute must-see spectacle.

P.S WWE, John Morrison is exceptional. Please give him a singles run in the future, the man is so talented.

This title hasn’t been relevant in a long time. It served to give our Wrestlemania host Gronk (former NFL player, Rob Gronkowski) some rare TV time and set-up a segment for night two. Next.

A great backstory coming into this one and the narrative was done justice. The Monday Night Messiah wanted to prove he was a god, Owens wanted to shut him the hell up. They really beat the hell out of each other and a live crowd would’ve eaten this up…until the sudden DQ finish by Rollins. He struck Kevin in the face with the ring bell and I was furious…

…Until Owens suddenly took over booking duties and restarted the match as a No DQ Match. This worked well, and then Kevin Owens got his Wrestlemania moment by probably becoming the only man till the end of time to leap off of the Wrestlemania sign, onto Rollins.

If they’d have just gone with the No DQ stipulation straightaway, this would’ve been even greater.

First of all, I absolutely have to point out that Strowman WASN’T EVEN BOOKED FOR WRESTLEMANIA. 18 matches, no room for the Monster Among Men.

Secondly, not telling the audience why Roman Reigns was mysteriously omitted from the match is hilarious. Like, what goes through Vince’s mind? Why does he constantly have to treat his audience like garbage?!

But whatever, the match sucked. It was yet another finisher, spam-fest that we’ve seen a million times now. But the right guy won, regardless of the circumstances – Braun Strowman should be champion. His momentum should’ve been capitalised on 3 years ago, so let’s do so now. Or have him lose to Roman in a month or whatever. Goldberg needs to retire ASAP.

Match 9- The Undertaker defeated AJ Styles in a Boneyard Match

Now, I’ll keep this brief (as I’m going to write a piece on cinematic wrestling), but I loved this to death – ironically.

So entertaining, so captivating, and brilliantly masks the limitations of an ageing Undertaker whilst simultaneously reinventing him. His matches should be like this from now on. He and AJ beat each other up for a solid 20-25 minutes and we saw the following:

Even non-wrestling fans should watch this. It’s just entertaining. I’m also all for this new American Phenom persona. I’m also also also intrigued to see how you bring AJ Styles back considering he was quite literally buried alive.

This had no right to be as good as it was. WWE PPV’s usually suffer from an overperforming undercard and underperforming main card. The Ladder Match, KO vs Rollins, Strowman getting his moment, and the Boneyard Match was a hot home run.

Even with no crowd, all the performers found a way to overcome this and put on a great show. Clocking in at around 3 hours this was incredibly easy to digest and didn’t drag. Take out Elias/Corbin and add some time to Becky vs Shayna and you seriously have one of the best Wrestlemania shows ever.

Check out the review for night two if you haven’t already!