You see the GIF above? That’s arguably the most iconic moment in the history of professional wrestling. The Undertaker hurling Mick Foley off of the top of 16ft high structure called ‘Hell in a Cell’. With only a thick wooden table, with embedded TV monitors, to act as his landing mat.
The Undertaker

Their incredible Hell in a Cell match, from King of the Ring 1998, is remembered for its controversial brutality and now lives in infamy as the most famous wrestling match ever. Now there’s been waaay more violent matches in the history of professional wrestling, disturbingly. But this match set the tone for future bumps and punishment with all future Hell in a Cell matches having a bar set so high that an Olympic pole-vaulter would have a hard time reaching. If you’re a wrestling fan, and have never watched this match, then I implore you to do so. Conversely, if you’re not a wrestling fan and you’ve never watched this match, then I also implore you to do so. You’ll certainly find a a newfound appreciation for your regular day job.

By the end of this one contest: Mick Foley had sustained a concussion from an errant, falling steel chair, had one and a half teeth knocked out (one of which went through his lip) from said chair, required 14 stitches for a cut below his lip, a dislocated jaw, a bruised kidney and a dislocated shoulder. Oh, and a routine concussion to add. Undertaker? He somehow wrestled the entire match despite a broken foot. Wrestlers are so soft aren’t they?

This one match alone dispels the myth that wrestling is “fake”.

It’s such a cliché and hated word in the world of professional wrestling. Anyone who knows me knows that it’s little bit of a pet peeve of mine as it’s completely disrespectful to the performers who risk their lives every time they set foot in the ring. I’d wager that most wrestling aficionados will prefer the term ‘scripted’ as it hits the nail on the head perfectly.

This is what happens when you ask “Dr Death” Dave Schultz if wrestling is fake.

Why do people watch films or TV? Simple, it entertains them. They appreciate the acting, the selling of the drama unfolding before them, the intricate plotlines that interweave characters and dramatic events. It’s like non-wrestling people think that fans are children. That what we’re watching is a legitimate contest with the outcome to be decided. It’s ridiculous. Of course the results are pre-determined, we just want to watch the fantastical stories of good vs bad, and that culminate in thrilling action.

Wrestling is basically everything you get in Hollywood, but with the added bonus of the occasional 450 Splash and Super Kick Party.

My favourite move in all of wrestling. The Canadian Destroyer. Admit it, you’re still trying to work out the logistics of it.

It took me a while to properly catch up with wrestling, much to my annoyance. Whilst everyone in primary school was watching the old WWF and enjoying the Attitude Era, the most successful period of wrestling in history due to its outlandish content, I was sheltered away from it by dissenting parents. That went well didn’t it? Bless them.

I still managed to watch it here and there anyway. My young eyes quickly became desensitised to the sight of a man’s head resembling a broken faucet leaking maroon.

As a teenager: blood, violence, fire, tables, ladders and barbed wire was the best thing ever. My developing mind grew an insatiable appetite for raw punishment and wasn’t satisfied until it had its depraved, blood-thirst quenched. 10 years later? Well, all of that still applies as it’s still frickin awesome and a spectacle unlike anything else; but over time, I learned to appreciate the finer arts of wrestling.

A crisp exchange of catch-as-catch-can wrestling began to resonate with me more than a man trying to cave in the skull of another man with a steel chair. The nonsensical utterances I make when a wrestler delivers a ‘stiff’ shot is comparable to the adulation a football fan exclaims when their team scores. Technical excellency is just perfection to behold and admire.

For the lesser hardcore fan, I think I should address the ‘stiff’ elephant in the room…I’m probably just making this worse to be fair. Ah well, here goes; a stiff shot is when a wrestler hits their opponent very hard with a solid, and real, strike e.g forearm, knee etc; Japanese wrestling is rife with it, they just don’t care!

There’s nothing more satisfying than watching these larger than life athletes psychologically breaking each other down with submission holds and reversals that if we mere mortals attempted, then we’d be in physical rehabilitation for the next 6 months and sucking on churned up digestives through a cannula.

The things these people can do is incredible. I’ve spent so much of my life mesmerised and drawn to them. As I’ve said, it’s not just the physical side of wrestling that’s enticing, but in many ways it’s the verbal and mental side too.

Over the years there have been some tremendous workers in the industry who were clearly born to be professional wrestlers; but not so much entertainers. Reoccurring problems are usually limitations in their promo work, inability to come up with a unique character and basically didn’t exude any kind of charisma, meaning their success faltered as a result. 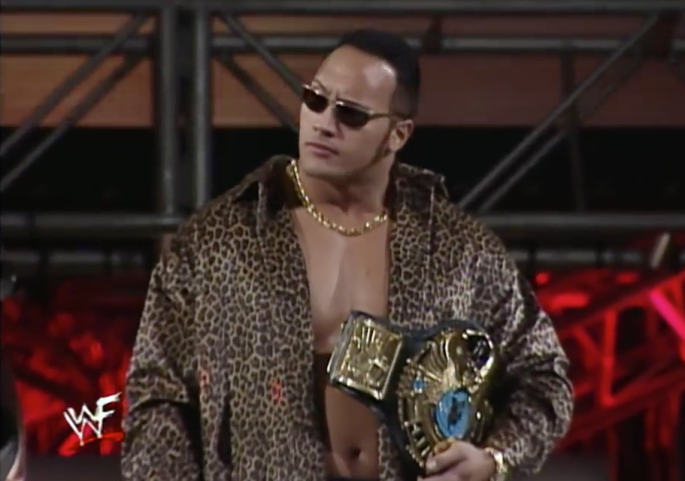 There are so many wrestlers that if they’d had so much as 1% of this guy’s charisma, then they’d be a star. The Rock was THE star and was untouchable on a microphone.

Dean Malenko, Chris Benoit, Cesaro, Dolph Ziggler, Shelton Benjamin, Lance Storm and even John Morrison. All breathtakingly good athletes who could wrestle the hind legs off of a camel, until it inevitability spat at them for not being able to trash talk. But sadly several of these super-talented guys had the personality of the dirt/spittle combination created by the humbled camel.

I’m still sports-entertained by them, but it’s the real stars that draw the money; the complete packages. NOT Roman Reigns, but I’m sure I’ll get to that another day. Your AJ Styles’, Daniel Bryans’, Stone Colds’, Brock Lesnars’ etc. Y’know, the kind of people that make you want to go to Wrestlemania twice. 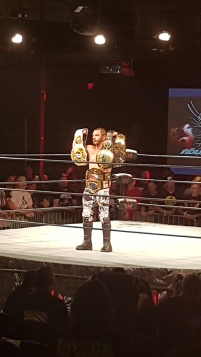 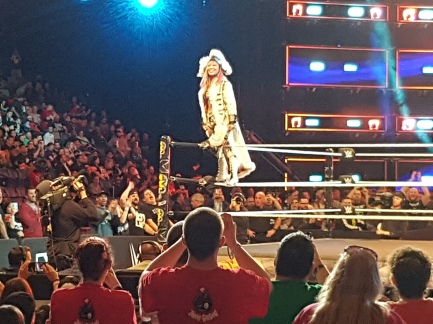 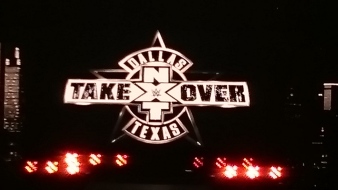 Yes, I had to mention it. If you need to know my underlying commitment to wrestling, know that I’ve endured long travel and expense to travel to Dallas, Texas for Wrestlemania 32, and even New Orleans, Louisiana for Wrestlemania 34.

I won’t bore you with those two adventures, as devilishly fun as they were. I’ll just conclude by saying that if my wrestling content never pre-dates 1996, that’s because I’ve never really had any desire to go back that far. I will pick out select matches to watch e.g Steamboat/Savage from Wrestlemania 3 etc. But basically, my expertise is 97′ onwards. I just became accustomed to modern wrestling as it’s grown in the last 20+ years.

I also try to keep up-to-date with all the major companies: WWE, TNA/Impact, ROH, NJPW, the British Independent Scene’s major companies e.g Progress, ICW etc. I will do my best to do reviews, articles and produce rich, exciting content….hopefully.